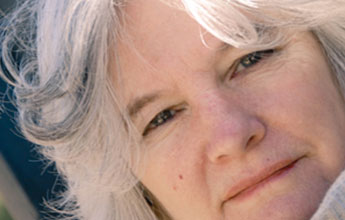 Rhythm is such an integral part of our lives that we almost forget about it, and often view the rhythmic base of music as secondary to the tune or lyrics. In fact, however, rhythm is a reflection of much broader aspects of life and Afro-Peruvians have developed some extremely complex and lively forms.

To capture them, I traveled to Peru, primarily to Lima, its capital, but also to other parts of coastal Peru, home to the majority of its Afro-Peruvian population. In Lima, I filmed three master percussionists: Lalo Izquierdo, Cotito, and Huevito. This documentary is the result.

Ma’s work has screened and been in festivals in seven countries on three continents. She produces and directs in both English and Spanish, and in certain respects considers herself an international version of Les Blank.

Her passions are music, dance, and communicating across ethnic & cultural boundaries; and she tries to combine each of these elements in her work, whether documentary, narrative, or experimental. Her earlier careers (history professor, lawyer, and non-profit administrator) also have a significant effect on her filmmaking.

Lalo Izquierdo, one of the three stars of this documentary, is a master percussionist who has been playing the cajón since childhood. He is also a very fine dancer (as is evident in the documentary) and a folklorist of his community.

Izquierdo has taught Afro-Peruvian performance arts on three continents and holds classes for Afro-Peruvian youth in Peru. He has also been featured in several documentaries in addition to this one, such as Sigo Siendo (directed by Javier Corcuera) which won a Goya prize; and my own A Zest for Life: Afro-Peruvian Rhythms, a Source of Latin Jazz. 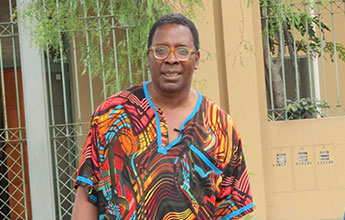 An outstanding, internationally known percussionist, Cotito has toured and taught in much of Latin America as well as the United States, Canada and Japan. A professional musician from a very young age, he studied journalism in college but then found the call of his Afro-Peruvian heritage too strong to resist!

For several years he was percussionist for the wildly popular singer Susana Baca, and now he plays with the exciting group Novalima. With Novalima, he has toured Europe as well as North and South America, and has recorded several music albums with them. 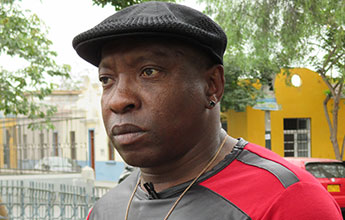 Another fine and famous percussionist, Huevito is the youngest of our three stars. Born and raised in Lima, Peru, with a father who led a highly respected Afro-Peruvian music and dance troupe, Huevito learned the rhythms, and the cajón, at a very young age.

He is also a three-time winner of Peru’s national zapateo fancy footwork contest. Huevito has toured North and South America with his percussion and his zapateo, and since 2005 has been a key member of the Gabriel Alegría Afro-Peruvian Jazz Sextet based in New York and Lima.

Nachi Bustamante was a terrific help on the day of the big shoot, arranging for venues, coordinating with the talent, and helping solve a major problem when our sound person didn’t show up. She also located photos and obtained permission for use.

Coco Linares is a well-known guitarist and deserves the great reputation he has. He was essential to all the performance numbers – some of which he had to learn as we were setting up to shoot! A talented and very good-natured man, I hope to have the opportunity to work with him again.

Lucho Cateriano did exemplary camera work for us on the day of the big shoot. He not only managed his own camera but also brought along a GoPro, which he set up and used to great advantage. In addition, he was invaluable in other ways: with lighting, set decoration, finding crew, etc.. A good person!

Leticia Coray did a fine job singing, and her strong voice and good performance adds a great deal to the two numbers in which she appears.