Contact us HERE or e-mail us at info@palominopro.com to schedule a screening. We have several options available: a straight screening, OR screening with filmmaker Q&A, OR screening a lecture by the filmmaker, OR a performance, OR a photographic exhibit. Our prices are graded according to type of organization and most options include a commercial license so you can charge an entrance fee.

Masters of Rhythm has been shown over national PBS since April 2019. It has aired over 61 channels, from New York to Florida, from Washington, D.C. to California, from Alaska to Puerto Rico, from Idaho to Utah.

Thank you for sharing your documentary ... with our guests. It was eye-opening to learn about the long roots of the African Diaspora. There was an Afro-Peruvian performance in LA a few years ago, but it did not offer the depth of history your film did.... 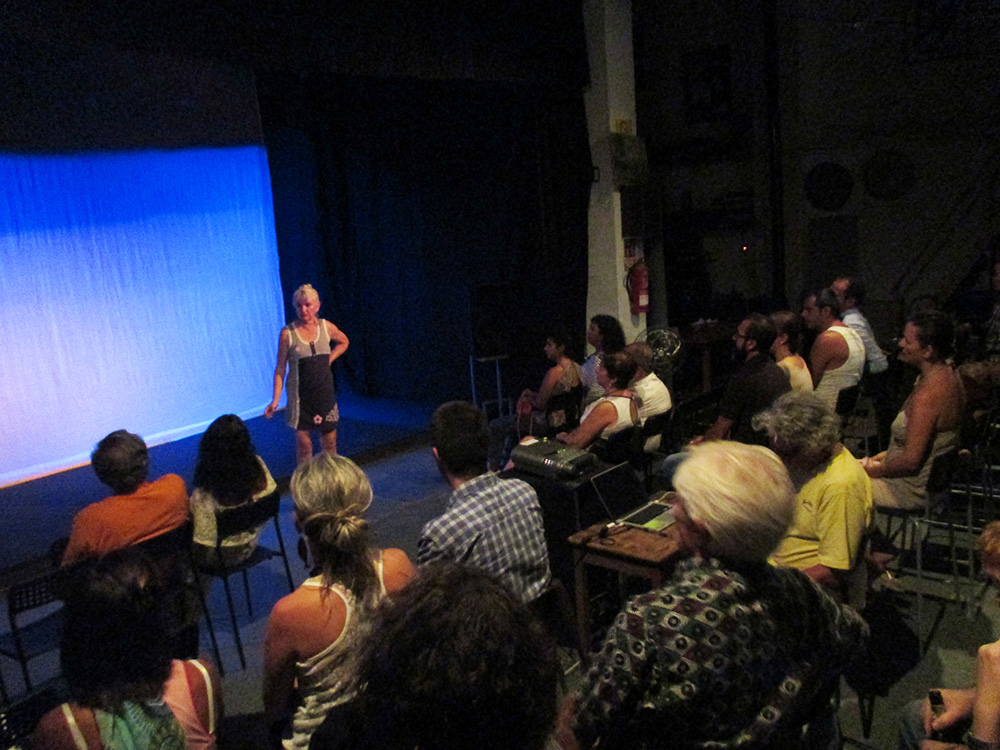 .... The audience reacted very positively ... and we even extended the official end time ....

....The more than ample public that attended the screening (and later Q&A)...gave positive validation for your important work....

...[T]he performers....seemed to jump off the screen and create a feeling of...entertainment & community you ...only expect...from live performance.

· The Black Forum of the Bunche Center for African American Studies of UCLA-University of California Los Angeles (USA - Feb. 8, 2018) 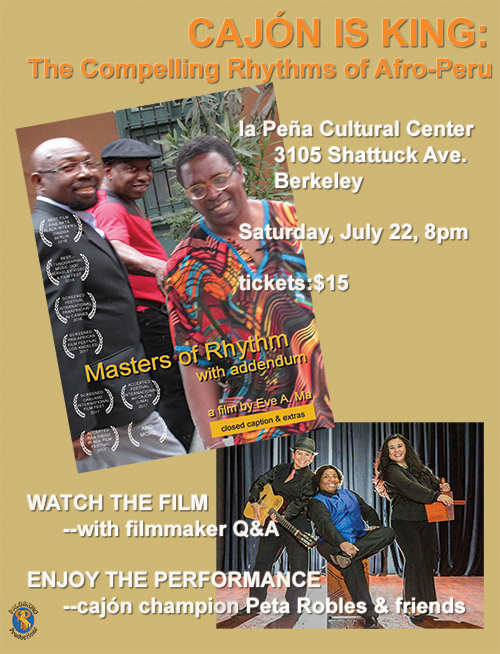 THE FIRST CAJÓN IS KING EVENT

We were delighted with the documentary's reception in its very first general public event, which took place on July 22, 2017 in a cultural center in Berkeley, in the San Francisco Bay Area (California, USA). The event was called Cajón is King: the Compelling Rhythms of Afro-Peru.


For this exciting event, we paired a screening of the documentary with a performance by the niece of Lalo Izquierdo, one of the documentary's three stars. There was also a Q&A with the director - and with the niece, Peta Robles, who talked about growing up with cajón in a culturally very active Afro-Peruvian family. Robles, who demonstrated a variety of Afro-Peruvian instruments (cajita, quijada de burro) as well as providing a taste of the colorful "hatajos de negritos" dance, was accompanied by Gabriela Shiroma and Rosa los Santos of the group "de Rompe y Raja."

We liked the title of this event so much that we have used it for the music album we've created that combines the soundtrack from Masters of Rhythm with music from my earlier documentary A Zest for Life: Afro-Peruvian Rhythms, a Source of Latin Jazz.

Masters of Rhythm is now being broadcast as a special on PBS and other educational stations. We have have signed contracts with several educational distributors, including Films for the Humanities & Sciences and Alexander Street Press. SIGN UP HERE for our newsletter to keep informed.